A few weeks ago, I implemented syntax highlighting for markdown in aretext, the minimalist vim clone I’ve been building. Like most context-sensitive languages, markdown is difficult to parse. Although it handles only a subset of the CommonMark 0.30 spec,1 my implementation required 845 lines of Go code.

Parsing is especially tricky because the code needs to handle any document a user might open. It can’t crash or enter an infinite loop. I ran the markdown parser through all 652 tests from the CommonMark spec, but I still felt nervous about missing some edge case.

Fortunately, Go 1.18 introduced a framework for fuzz testing. Fuzz tests try to find bugs in a program by feeding it randomly generated inputs. This can catch bugs that other kinds of tests might miss.

The test I wrote is pretty short. Here’s an annotated version:

To start fuzzing, simply pass the -fuzz flag to go test, like this:

By default, the fuzz tests run indefinitely. How long is long enough? I couldn’t find much guidance online, so I decided to run it for at least two weeks.

I rented a 4-core Linux server from Linode. Ordinarily this costs $40/month, but I had some free credits to burn. It took maybe twenty minutes to spin up the server, install Go, clone the aretext repository, and start the fuzz test. CPU immediately spiked to 100% on all cores.

About two weeks later, I logged in and stopped the test: 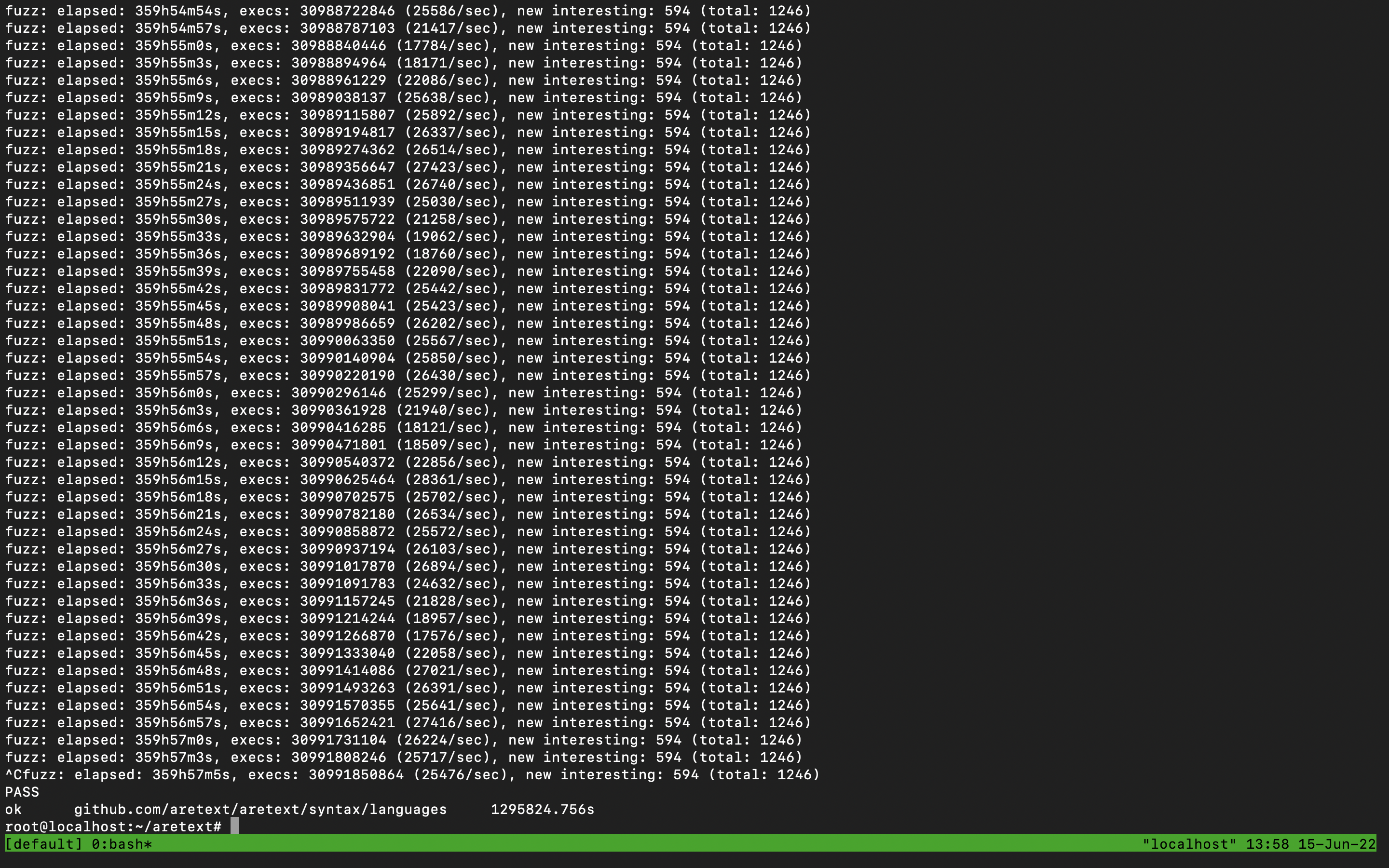 I wish I could end this post with “and then the test discovered a critical bug,” but it didn’t. Over time, the number of “new interesting” inputs per day seemed to plateau. The last few days, the test found only a couple new inputs, so I decided to stop it. Maybe if it had continued it would have found something?