Writing about multiplayer Starcraft reminded me how strange networking was in 1998. I remember connecting a computer to a modem, which was connected to a phone line (many homes had a second phone number specifically for this purpose). The modem would dial a number and “talk” to a modem on the other end.1

Networking two computers over a phone line seems bizarre to me now. You could connect without an IP address, packet switching, routers, network address translation, or firewalls – all the things we take for granted today.

I remembered Starcraft had other networking options, but I couldn’t remember what they were. So I decided to check.

How to run a game released in 1998? Blizzard still sells a remastered version of Starcraft, but I suspect they removed the weird late-90s networking code, so I tried to run the original version. After many hours fiddling with QEMU and Windows XP settings, I managed to install and launch the shareware version of Starcraft. 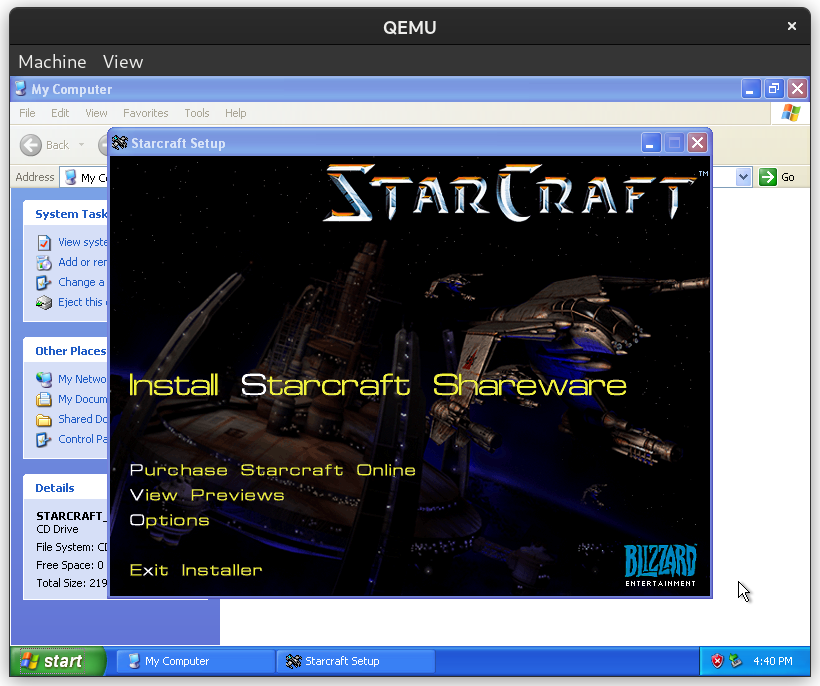 It turns out that the original Starcraft supported four distinct networking options. 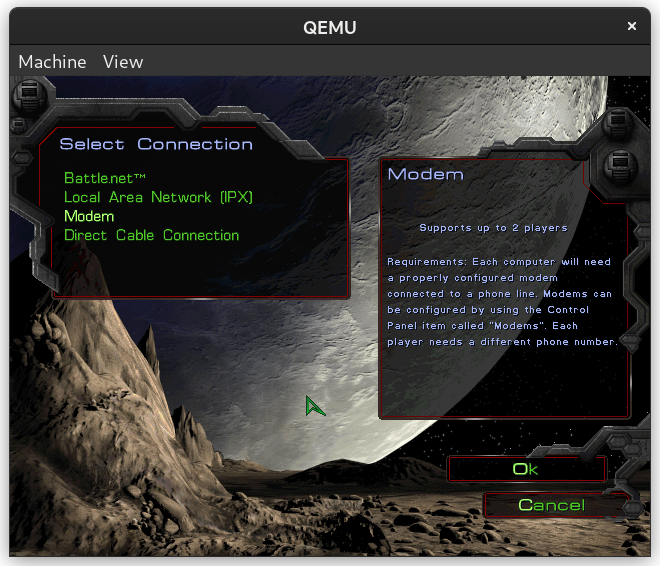 These are the descriptions:

According to the manual, the Macintosh version also supported AppleTalk, which was Apple’s proprietary LAN networking protocol.2

I love that the descriptions casually reference networking terms like TCP/IP, IPX, and null-modem cables.3 These aren’t hidden away behind an “advanced settings” panel; they are shown immediately to users who click “Multiplayer” from the main menu. Were computer users in 1998 really this technical? I certainly wasn’t. But this was typical of software at the time: developers expected users to figure things out.

These descriptions also show how novel the Internet was in 1998. TCP/IP was just one of several supported protocols, with no guarantee that your operating system could understand it! There is a charming line in the user manual: “If you are having problems connecting with Battle.net call your Internet Service Provider and ask for their most up to date 32-bit program to connect to the Internet.” Today, billions of computers use TCP/IP, while IPX has become a mere footnote in the history of networking protocols.

Given all this complexity, it’s perhaps unsurprising that the user manual tries to lower expectations:

It is important to note that any multiplayer game is limited by the quality of the connection of all of the systems involved. Heavy network traffic, poor cabling, line noise, latency, and other environmental effects can adversely affect the reliability and performance of a multiplayer game.

Networking in the 90s was hard! I can imagine Blizzard wanted to avoid providing tech support for thousands of home networks. Nonetheless, they had to provide some support to keep their users happy, as we will see in part 2 of this series.

This is the first post of a two-part series on Starcraft and networking in the 90s. Part 2 explores the support documentation included on the Starcraft CD.